Learn where it all began...

In 1988 Jim Ellerslie, an Australian immigrant to New Zealand, opened his first gardening supply shop in East Tamaki, Auckland. Five years later following the success of his first store he opened another 2 shops in South Auckland and Tauranga. With increasing demand and a staff of over 20, Jim decided a gardening show would be the perfect way to encourage more people into the rewarding hobby of gardening. 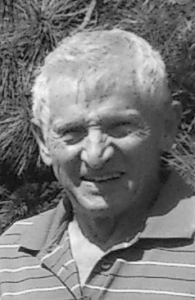 After a number of failed attempts to convince local council that there was enough demand and interest to justify an event of this type and size, Jim and his team were eventually successful. Thus the first inaugural Ellerslie Flower & Garden Show was held in 1996 with a passable attendance of just 15,000 people of the 3 days the show covered.

For the following 4 years there were no further shows due to a limited sponsorship budget from the local council. This combined with Jim opening another chain of gardening stores in the lower North Island which devoured all of his spare time. In 2000 the second show was held which was hailed as a complete success by NZ news media and the rest, as they say, is history.